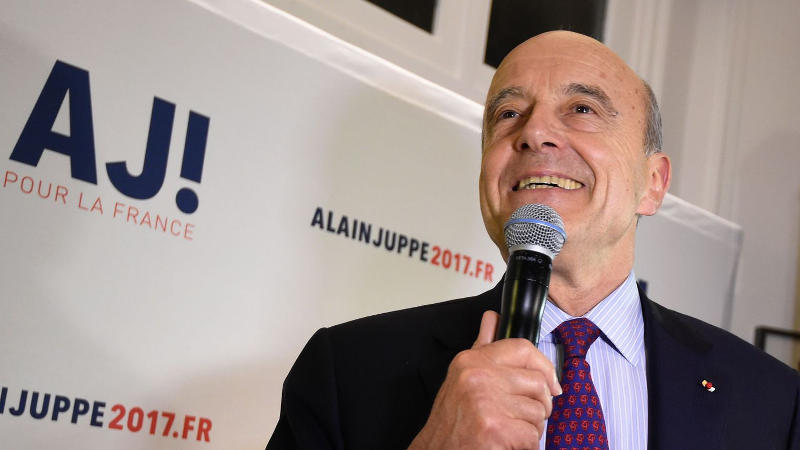 Alain Juppé, at the age of 70, has been in French politics since the early 1980s and the most consistent question he’s asked these days is whether his age is a problem. This must be very annoying, but mostly he seems to lightly brush off such questions.

Perhaps in a response to this he has gone with a very minimalist poster—AJ! pour la france—in his bid to become the presidential candidate for Les Républicains, in competition with Nicolas Sarkozy (80% of the public say they don’t want him back, but he’s very popular with the party faithful) and François Fillon (Prime Minister under Sarkozy).

His latest campaign appearance was hanging out with Jeunes pour Juppé (his young supporters) at un pub playing beer pong in a (clearly just purchased) casual shirt, so perhaps his team are a little concerned about the age thing. Is this the solution? I’m not so sure.

All in all, if you have to have a conservative, Juppé doesn’t look so bad these days, though it might just be the contrast. He comes across as the least divisive and does seem concerned about the National Front, rather than racing to court their vote like Sarkozy. It’s a sign of the times that he is both praised and condemned for approving the construction of a mosque as Mayor of Bordeaux. Sad that it should even be in question. 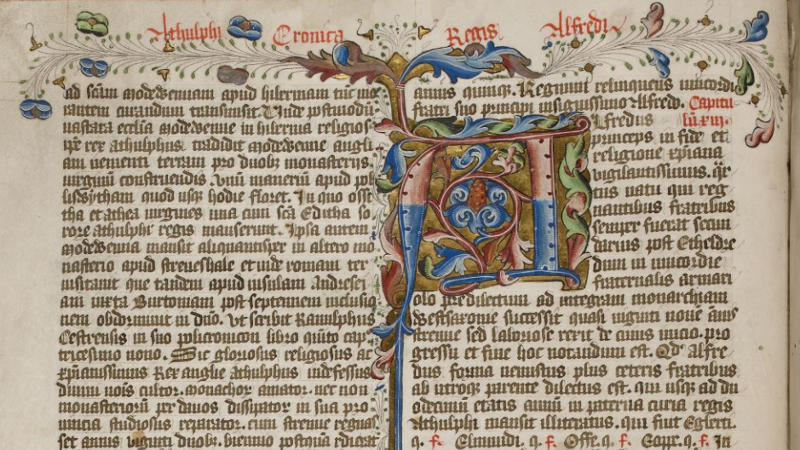 That moment when you realise your doodling is threatening to take over the page…
British Library MS 82931 f.4v

Actually, what’s fascinating in this manuscript is the unfinished decoration allowing an insight into how it was done in the 15th century. On folio 23v only the gilding has been done, but later everything’s only sketched in. The feather-work pattern seems to have been such an obvious thing it wasn’t even sketched in, only the larger details (e.g. flowers) it connected.

Comparison of the bottom of folios 12r and 23v. 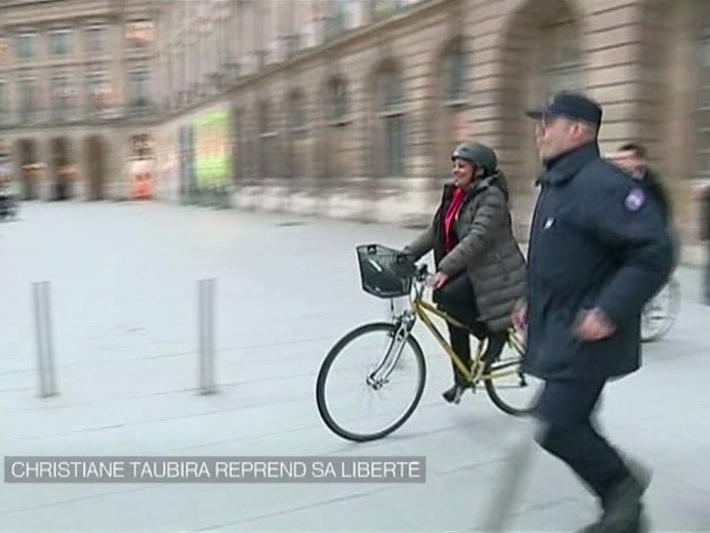 So Christiane Taubira has finally resigned as “Keeper of the Seals” (Garde des Sceaux aka Minister of Justice), riding off into the sunset on her bike. There have been rumours about it for a while since she was the last leftist remaining in the cabinet, a succession of others having left since the arrival of François Hollande’s ‘pragmatic’ Prime Minister Manuel Valls and former investment banker, now Minister of Economy, Industry and Digital Affairs, Emmanuel Macron.

So what was the issue that finally went too far? As in Australia, the French government plan to allow French citizenship to be removed from people with (at least notional) dual citizenship convicted of certain crimes (including, but not restricted to, terrorism). The whole idea of the droit du sol (jus solis) vs. droit du sang (jus sanguinis), citizenship based on where you’re born rather than your parents’ citizenship, is an important part of leftist conceptions of the republic, so the idea that citizenship, the central mechanism of qualifying for all that liberté, égalité and fraternité, should be conditional is offensive to many including Taubira. The French have done it before, of course, in 1915 and in the 1940s. With Jews.

Taubira will be most remembered for her lively and passionate defence of the gay marriage legislation and her many literary allusions and quotes, such as the following extract from Damas’ novel-length poem Black Label. Damas was one of the founders of the 1930s Négritude anti-assimilation, anti-colonialist movement which sought a provocative re-appropriation of terms like nègre (not as offensive as nigger, but certainly…ahem…a ‘coloured’ term).

We the villains
we the littl’uns
we the slurs
we the curs
we the beggars
we the niggers*
what are we waiting for to muck up
to take a piss
on this stupid, idiotic life
that we’re given. 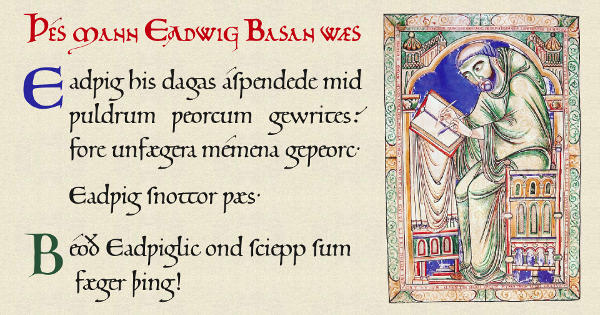 Eadwig spent his days with marvellous works of illumination instead of making ugly memes.

At first I thought this was just an example of Itanglese/Anglitaliano, but it seems this word is known in a few European languages and there are even English speakers who use it in this sense. It has also taken over as the main meaning on Wikipedia.

It seems to be one of those buzzwords favoured by ‘experts’ in some new, often self-invented, field. Not to suggest that they might not be doing something useful, but the obsession with creating your own niche term is a rather sad and predictable.

It seems to have been taken over from the biological sense where groups of animals take part in collective aggression, usually against a predator, but other species can be the target too. Birds are well known for this behaviour: e.g. both Indian mynas and (native) noisy miners will drive smaller birds out of nesting hollows.

So now you know. If you’re driven out of your workplace by a group effort of harassment (like Checco in Quo Vado?) it’s not bullying, it’s mobbing…apparently. 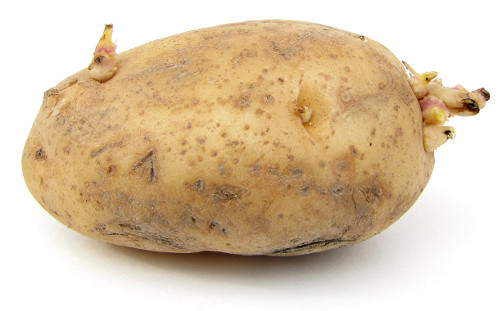 Plastic bags are soon to be outlawed (at least in supermarkets) so the news did a piece on the alternatives: paper, cloth & biodegradable potato-plastic. At first I thought they were saying that paper bags were to be used for purchases en dry. Dry goods perhaps? No, ‘dry’ is not a word they’d borrow. Actually what they said was…

“… these bags will be used for drive-through purchases.”
“… it’s important* for a drive-through store as… for a fast food (outlet).”

What I think they’re referring to (and the Carrefour logo on the bags was a big give-away) is a newish service in France where you order your groceries online then drive through and have their flunkies load them into your car.

* i.e. a paper bag’s ability to stand by itself 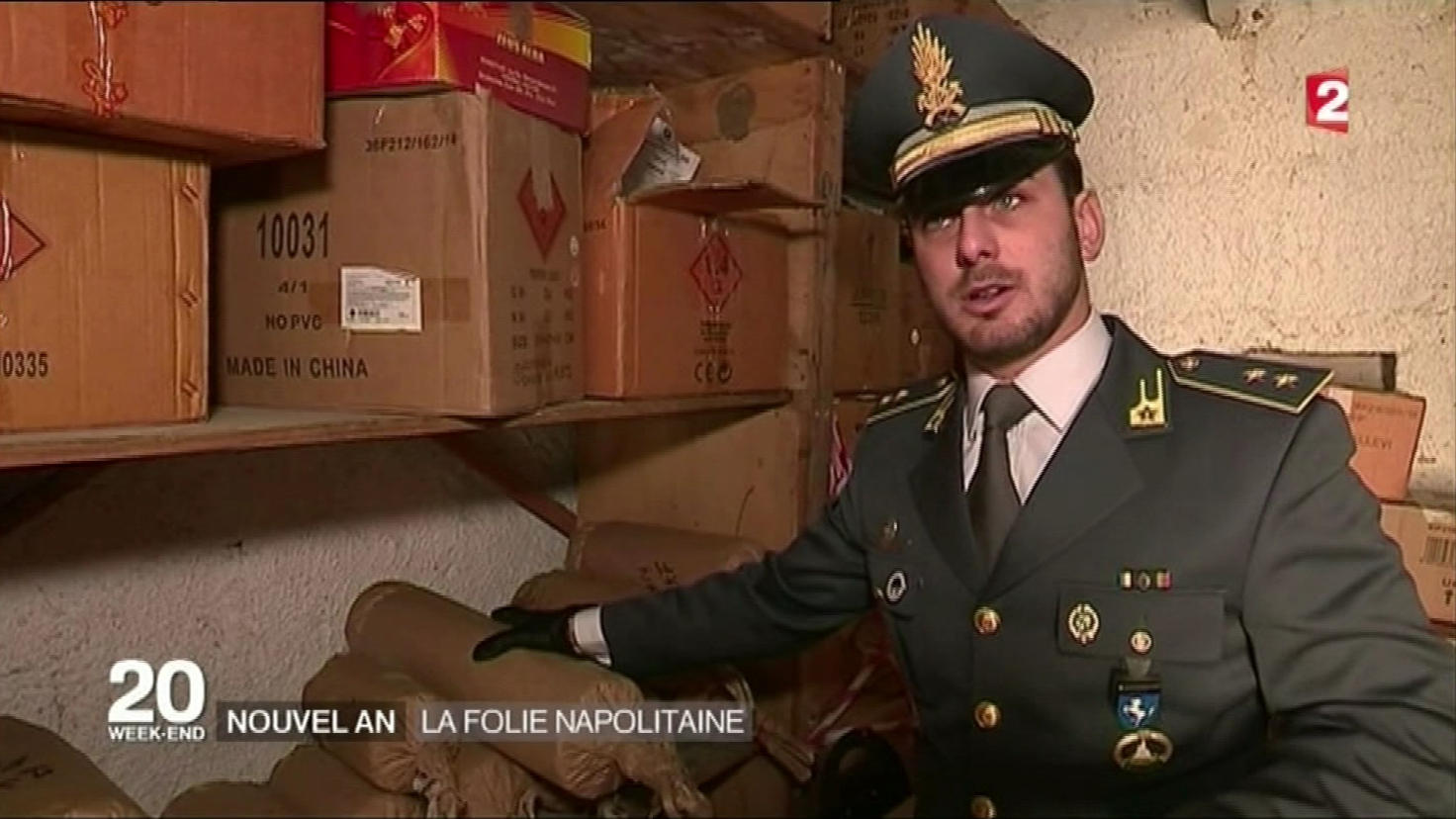 Damhán alla sa ‘ngairdín’ cúil · Spider in the back ‘garden’

France steps to the right

The dead angle of stolen goods 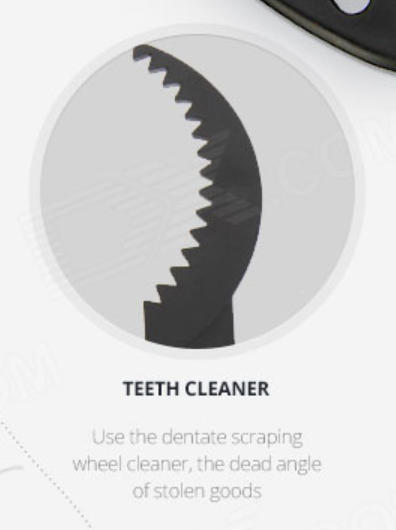 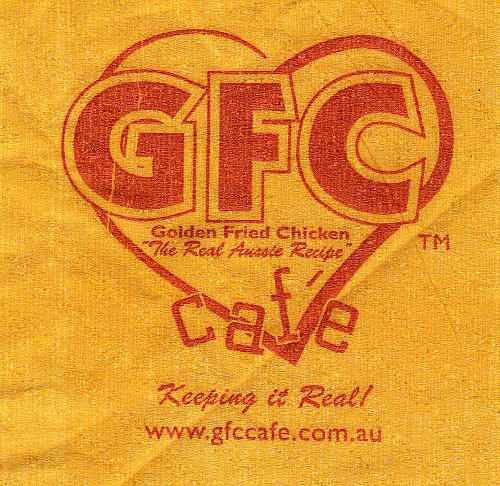 Can’t remember where I picked up this napkin now. 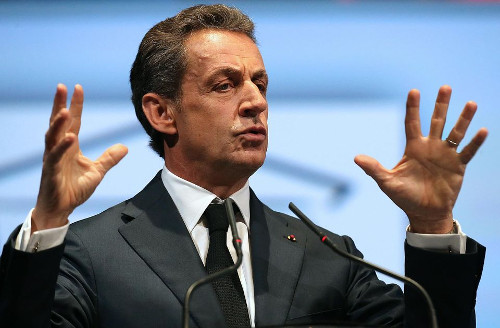 “I want to let them know that we got that kick in the arse but that it’s not because you want to turn the table that you get out of the car whose driver you’ve given up choosing.”

We have 80 guests and no members online