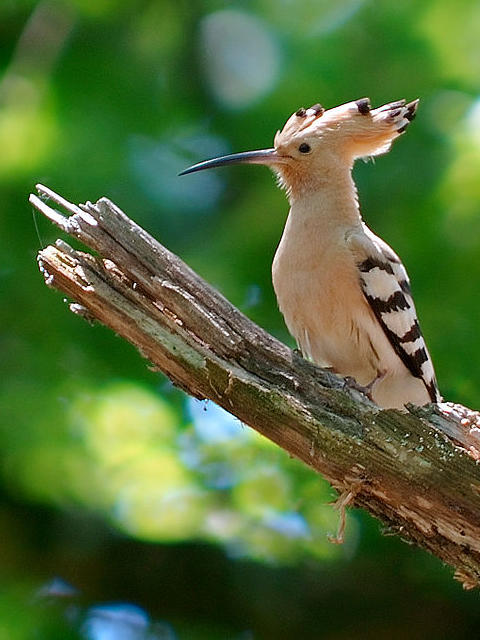 Huppé is not a word I have much trouble remembering since it’s a little odd, but it occurred to me today that I had no idea where it came from. You usually find it used to mean “posh” or “upper crust” but it’s original meaning “crested” or “having a huppe” (just like a huppe) points to its origin.

Huppe derives from upupa, the Latin name of the hoopoe, the English name unsurprisingly coming from the French. A lot of its European names seem to be in imitation of its call (see below). Though the Ancient Greeks heard it as ἔποψ (epops), these days it’s a τσαλαπετεινός (tsalapeteinós).

The French word huppe can refer to a bird’s crest or the hoopoe itself and its parallel descendant houppe covers a variety of more or less crest-like things, especially if they’re on the head or a hat, e.g. crests, tufts, tassels (especially as a sign of authority as on a cardinal’s galero hat), flakes, fleece, Tintin’s coif.

The connection with the noble avian art of shameless display makes perfect sense.

We have 187 guests and no members online