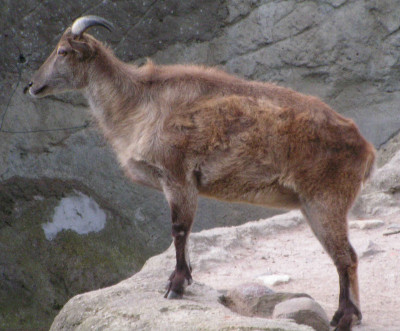 Since my Windows partition on my SSD disappeared again last week (the previous time was only in December), I’ve been taking a break by setting up a fallback Ubuntu installation on another disk. Ah, Ubuntu...such a mixed bag, but I’d forgotten how much fun it can be. Even though there are two other Ubuntu installations in the house, they’re not regular desktops so I spend more time on them when something’s gone wrong. So, although I have been keeping a log of the extensive installation and tweaking, I thought I should dump some of it here too.

Like many things in the Linux world, Rhythmbox (the default music player in Ubuntu 14.04 Trusty Tahr) is almost, but not quite what I want it to be, which is Foobar2000 really. The Album setting for ReplayGain is particularly bad. Still it has a certain amount of configurability and has a plugin API which allows more. It comes with quite a few installed already but there are more to be had. Here are a few I’m going to try out.

A lot of these plugins are available through a repo which makes installation easier.

Displays album art at the bottom of the left pane. A little glitchy—e.g. you can’t size it at all and the only way to make it go away is to uninstall.

Play for a set amount of time.

More features than the standard Lyrics plugin, which uses an annoying floating window. This shows lyrics in the side pane. Sadly these are only downloaded, unsynched lyrics which is irritating when you’ve added synched lyric tags to a lot of files.

Self-explanatory? When you need to find the actual music file, right-click and this new option appears in the context menu.

Saves your place in all downloaded podcasts so you can not come back to them later.

Want to listen to an album, but can’t decide which one?

An interface for browsing the many internet radio stations. Also includes a recording facility.

Shouldn’t all players remember what they were doing when you closed them down? Ah...unfortunately, now I’ve tried this out I absolutely hate it. It doesn’t just remember, but automatically starts playing. It also doesn’t remember the context you were in before—it reverts to the Music view, so it won’t keep playing the playlist, but whatever random thing appears next.

Let Rhythmbox suspend or shut down the computer when it’s finished playing. Something else I use in Foobar2000.

Right-click to look up Artist, Album, Track or Genre on Wikipedia.

I use the ‘stop after current track’ feature in Foobar2000 a lot. This plugin is a bit more troublesome to install. It seems there was a StopAfterCurrentTrack plugin which was then merged with a ‘stop after a selected track’ plugin.

Oops, not updated to work with Rhythmbox 3!?

We have 93 guests and no members online